"Should I supersize a lecture with those fries?" 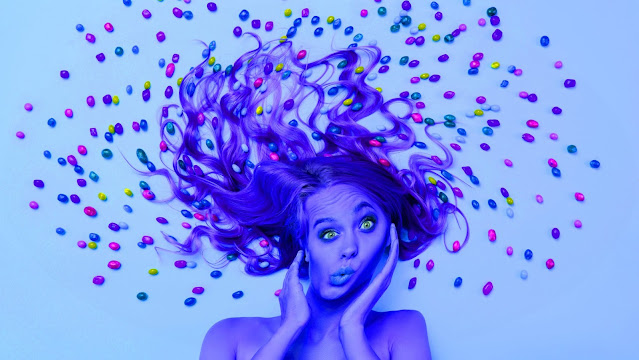 You go to a music concert and the singer lectures you on politics in between songs. You watch movie award ceremonies and the actors lecture you on politics while accepting their award. You go on YouTube or Instagram or Twitter and celebs real and self-imagined are lecturing their followers on politics.
Is this a good thing or not? Are these people qualified to be political pundits? Is that the time and place for these lectures? Do you care about their opinions? Then again, why shouldn't they use their platforms to give their opinions, after all it's their right. Many come to the defense of celebs acting this way. So what if Kim Kardashian or Taylor Swift or Robert De Niro add an impassioned lecture in the middle of their performance? Isn't it a good thing to see they care and are so involved?
To answer that question, perhaps envisioning a world where this principle was consistently applied is in order:
How would you react to these situations? Would you rush to defend their right to give their impassioned speech? They have an opinion too. They have a platform. And they certainly are equally qualified as some rich actor who gets paid to read lines someone else wrote for them.
It would be nice to see consistency. If celebs are allowed to lecture us, then everyone should also exercise their right to use their platforms in the same way. Let's see how that works out.
Posted by Michael at 10:13 PM 1 comment:

I'm Gonna Make You An Offer You Can't Refuse 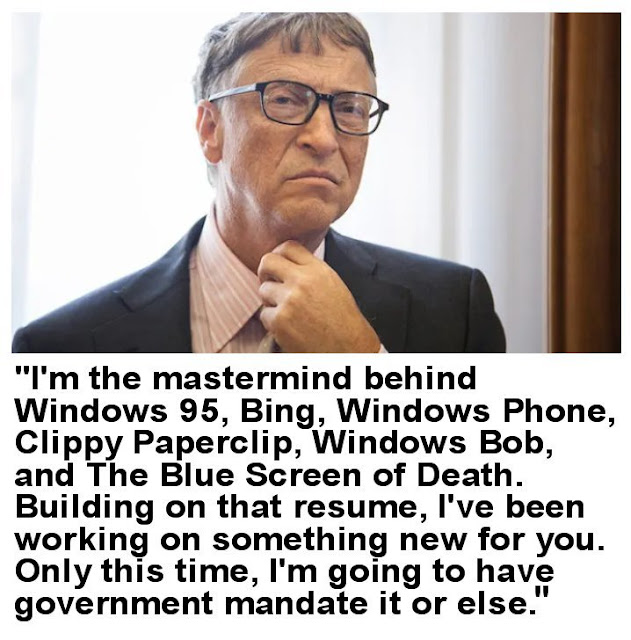 "I'm the mastermind behind
Windows 95, Bing, Windows Phone,
Clippy Paperclip, Windows Bob,
and The Blue Screen of Death.
Building on that resume, I've been
working on something new for you.
Only this time, I'm going to have
government mandate it or else."
Posted by Michael at 1:24 PM No comments: 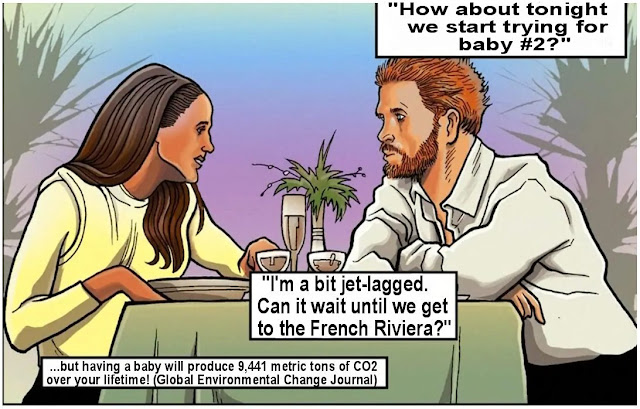 The Duke of Sussex, with wife Meghan Markle in tow, says climate change “is a race against time which we are losing.”
After flying to Botswana to plant a tree in September 2019, he described planet Earth as being in a “state of emergency”
and encouraged people to join the fight. “We are losing the race against climate change. Everyone knows it.
There’s no excuse for not knowing that!"
Stirring words. Greta and her woke army would be proud.
And yet it's puzzling when we hear nothing from Greta's swarmtroopers
when high-profile examples of the rich and hypocritical take the stage.
The following three examples are typical but darling, don't you know, there are oodles more! 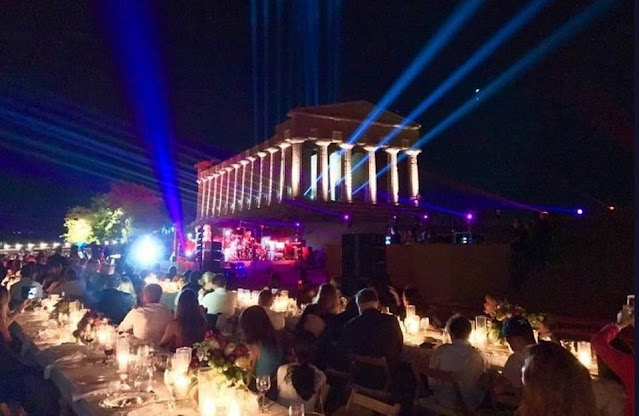 GOOGLE IT!
What's the best way to fight climate change?  What else -- throw a party!
Sicily July 30th 2019
"The $20 million climate change party: How Camp Google racked up an 800-tonne carbon footprint flying hypocritical celebrities
to environmental talking shop on 114 private jets to watch Coldplay and hang out on mega-yachts
Some 114 planes were set to land in Palermo for the elite gathering which has faced claims of hypocrisy"
(no mention of "offsets" being made for any of these flights)
"Guests including Katy Perry and Bradley Cooper stayed at a luxury resort where rooms cost almost $2,000
Prince Harry is understood to have given a passionate, barefoot speech at the secretive Sicily climate event
The Verdura Resort, where the event took place, is bigger than Monaco and houses a 203-room five-star hotel, three golf courses,
six tennis courts, a football pitch, four swimming pools and a water sports club. For the entertainment, Google rented out the impressive
Valley of the Temples ruins in nearby Agrigento where guests enjoy top cuisine and the performance of Coldplay's Chris Martin"
https://www.dailymail.co.uk/news/article-7311015/Google-splashes-20million-Italian-climate-change-party.html 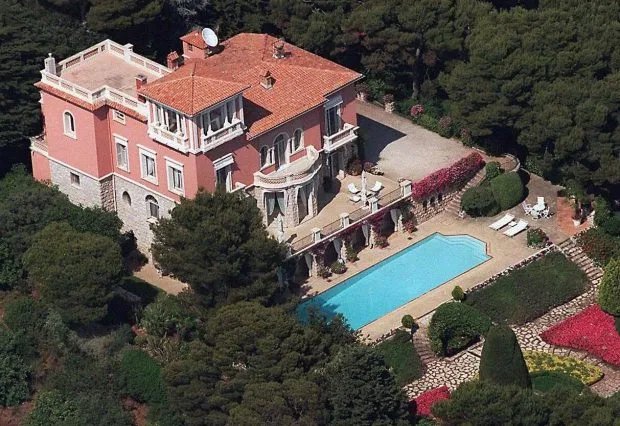 BIRTHDAY BASH!
The Google party was such a blast, let's follow it up with a jet-setting bash!
Ibiza August 6th 2019
"The couple flew to Ibiza to celebrate Meghan's 38th birthday in style with a six-day trip in the billionaire's playground.
The Ibiza holiday came a week after Harry attended a super secret Google Camp event
Duke and Duchess, who had been enjoying a summer holiday at Sir Elton John's palatial £15 million pad"
Four private jets in 11 days / London to Ibiza, then back to London
then London to Nice, then back to London for 3508 miles traveled"
https://www.thesun.co.uk/fabulous/9751518/meghan-markle-archie-harrison-private-jet-elton-john-france-prince-harry/
When some cheeky eyebrows raised over the carbon footprint of these jaunts, Sir Elton John came to the rescue by showing how responsible everyone was and how compassionate was he being for the exhausted couple - "After a hectic year continuing their hard work and dedication to charity, David and I wanted the young family to have a private holiday inside the safety and tranquility of our home. To maintain a high level of much-needed protection, we provided them with a private jet flight. To support Prince Harry’s commitment to the environment, we ensured their flight was carbon neutral, by making the appropriate contribution to Carbon Footprint."  Well, I guess that's OK then, after all there was an "offset" because fighting climate change is all about being "neutral" in your footprint.
"A Carbon offset is a way to compensate for your emissions by funding an equivalent carbon dioxide saving elsewhere. Our everyday actions, at home and at work, consume energy and produce carbon emissions, such as driving, flying and heating buildings. Carbon offsetting is used to balance out these emissions by helping to pay for emission savings in other parts of the world."
- carbonfootprint.com
That's odd. The rich excuse their extravagances by claiming they've done the right thing by arranging an "offset." The dictionary defines offset as -- "a consideration or amount that diminishes or balances the effect of a contrary one." If one was in an elementary math class, an example of this type of offset might be explained like this -- Johnny gives you a dollar bill and you give Johnny back four quarters. You have "offset" his dollar with quarters and so you're even. But wait, I thought the world was reaching a tipping point of extinction in 12 years! What bloody good is OFFSETTING carbon emissions when all the crazed apocalyptic rhetoric says the only solution is to REDUCE! REDUCE! REDUCE! How in the dying world are we to expect rich offsets to be helping anything at all?
"According to the IPCC (Intergovernmental Panel on Climate Change), we are less than 12 years away from not being able to undo our mistakes. In that time, unprecedented changes in all aspects of society need to have taken place, including a reduction of our CO2 emissions by at least 50%...You say nothing in life is black or white. But that is a lie. A very dangerous lie. Either we prevent 1.5C of warming or we don’t. Either we avoid setting off that irreversible chain reaction beyond human control or we don’t...Either we choose to go on as a civilisation or we don’t. That is as black or white as it gets. There are no grey areas when it comes to survival."
-- Greta in The Guardian
https://www.theguardian.com/environment/2019/jan/25/our-house-is-on-fire-greta-thunberg16-urges-leaders-to-act-on-climate

LET'S MOVE TO OUR NEW PLACE!
(but customs is a bore so find a way to skip that!)
May 2020
"Prince Harry and Meghan Markle, who regularly issue dire climate warnings and lecture the world about reducing carbon emissions, have been caught using a “massive $150 million private jet”
Prince Harry, who last year claimed to be so overwhelmed with anxiety about “climate change” that he sometimes finds it “hard to get out of bed in the mornings”, accepted a lift on the enormous private jet in a top secret, early morning enterprise, according to British reports. The secretive flight allowed the retired royals to leave their temporary home on Canada’s Vancouver Island and to avoid any wait at customs once they arrived in Los Angeles, California.
‘It was a well-planned operation that appears to have worked perfectly,‘ one insider said.
As revealed on Thursday, Harry and Meghan are now living in Hollywood tycoon Tyler Perry’s $18 million mansion in ultra-tony Beverly Ridge Estates just outside Beverly Hills.
The details of the flight are hidden on the website OpenSky which gives all times in Coordinated Universal Time (UTC) which is four hours ahead of Eastern Daylight Time and seven hours ahead of Pacific Daylight Time. The OpenSky page details the route taken by Tyler Perry’s jet on March 14 (pictured). However there is an error that says it landed at tiny Duncan Airport in Canada when really it only passed over it. The Embraer-E190, a ‘stretch’ version of a plane mainly flown by JetBlue Airlines in the United States.
The plane, with a top speed of 541 mph, is large enough to carry up to 124 people in coach class."
(no mention of "offsets" for any of these flights)
https://newspunch.com/climate-change-activists-prince-harry-meghan-markle-caught-using-private-jet-move-house/
Somehow, impassioned speeches about a looming global extinction event only 12 years away from its tipping point do not apply to these people. Makes one wonder -- is the climate movement somehow bogus and these rich people know it as judged by their actions or are they simply sociopaths and psychopaths and shouldn't be listened to either way? So when you hear your 24/7 news program repeatedly play the following words, remember dear, it's only meant for the commoners.
"We must change almost everything in our current societies.
The bigger your carbon footprint, the bigger your moral duty.
The bigger your platform, the bigger your responsibility."  - Greta
”When your house is on fire, you don’t wait a few more years to start putting it out.” – Greta 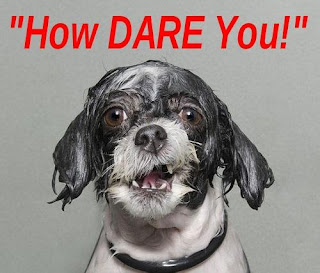 Posted by Michael at 1:01 PM No comments: 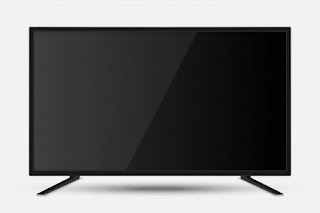 "The collective narrative.
It's not so important what the facts are
but who owns the narrative...and you see it very clearly today.
It is not so much what is factually happening,
it’s who owns the narrative.
And we have to be very, very careful
and watchful about looking at the media.
What are the media doing?
Is there some sort of almost collective brainwashing going on or not?
That's where we kick in, where we have to be alarmed and quite vigilant.
And we should think on our own."
-- Werner Herzog
Posted by Michael at 9:35 AM No comments:

Email ThisBlogThis!Share to TwitterShare to FacebookShare to Pinterest
Labels: media

Want an example of how big media lies? 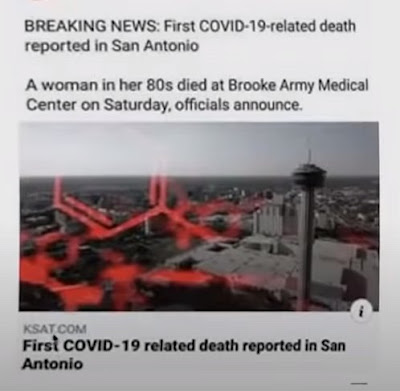 Only problem is, a relative of the woman who died
saw this news item and responded - 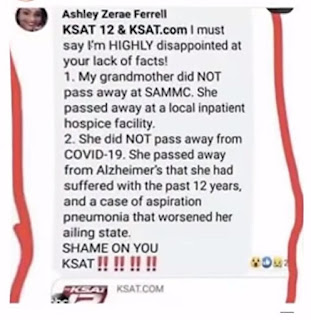 This media report wasn't an accident
so we must ask - what's the agenda behind the lie?
And how many more lies are out there?
“If you tell a lie big enough and keep repeating it,
people will eventually come to believe it."
- Joseph Goebbels
Posted by Michael at 9:26 PM No comments:

Surf's Up for Climate Change 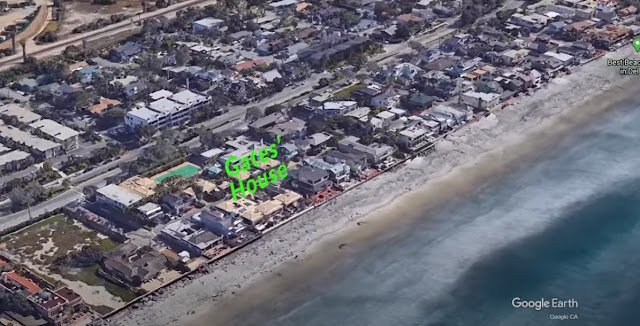 Where does Bill Gates work on his soon-to-be-published climate change disaster book?
From his new beach-front house in Del Mar, California of course.
Perhaps he's vaccinated the beach against rising sea levels so we shouldn't worry.
I hope he's also vaccinated the beach in Montecito, California
where Al and Tipper, of Inconvenient Truth fame,
bought their $8.8 million dollar seaside estate - 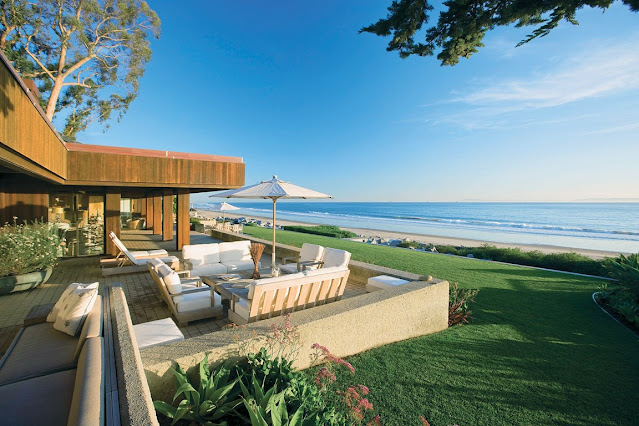 If there's any vaccine left (and you know there always is) Bill better head over to
Blackadore Caye in Belize west of Ambergris Caye in the Caribbean Sea.
This island was bought by Leonardo DiCaprio for his new eco resort business.
Maybe he intends it as a scuba destination after sea levels rise? 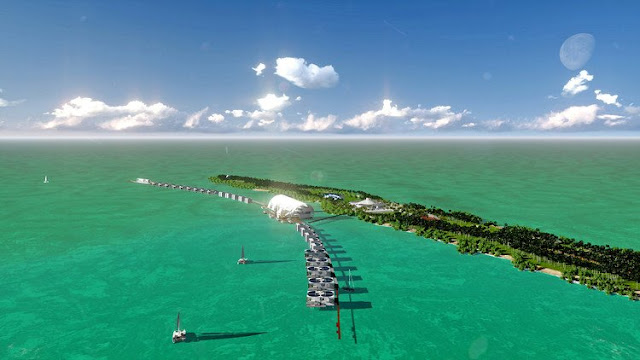 Posted by Michael at 9:07 AM No comments:

i know you don't care about this. that's ok.
and when it eventually happens to you,
no one will care about that.
and that's ok too.

“The choice for mankind lies between freedom and happiness
and for the great bulk of mankind, happiness is better.”
- MCMLXXXIV
Posted by Michael at 6:03 PM No comments:

Michael
three blocks from the humatrivitarium, snatching notes from mothershiprecon, wind-swept by the ride, having fun watching the illusion-units fight over the best seats and the old magazines. www.amazon.com/author/mcmiller